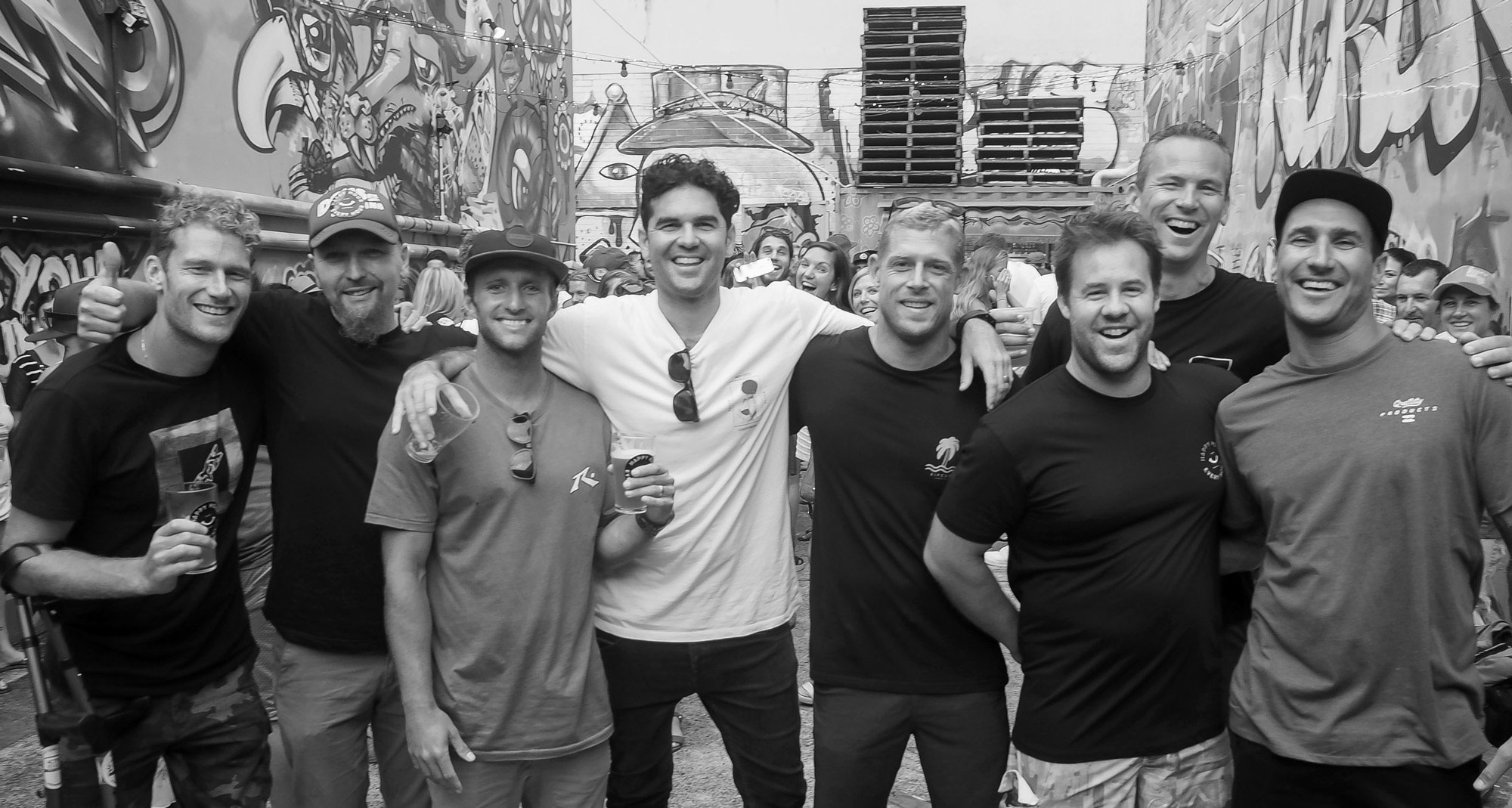 “(v.)...to dance artlessly without particular skill or grace, but usually with enjoyment.”

More than just a name, BALTER is the sense of enjoyment you get from doing something you love, just for the thrill of it.

The cool thing is this enjoyment can be found anywhere. You could be winning World Tinnie Hurling (a sport we invented: ) Titles, or simply feeling triumphant because you’ve navigated the mind bend of putting an IKEA shelf together. Its purest origins can be found at the end of a good day’s work when you sit back, sip on an epic beer and go… aaaah!

At Balter, we’re all about celebrating that enjoyment with you, because beer is more than just a drink: it draws tribes together and is a companion to many great moments in life.

Our #1 philosophy is that your taste buds come first. A neat can and cool place to hang are great, but if our brews don’t tickle your tongue and put a grin on your head then we haven’t done our job.

We think good beer shares a lot of qualities with a good host - they are both approachable, thoughtful, and value character over currency. Above all, both help bring a wide range of people together to get them smiling.

Our approach to making beer is built on this notion. We want everybody to experience the delight of bonding over a tasty brew, whether that’s hop driven wonders or malt-driven deliciousness. This means using the best ingredients we can get our hands on, taking advantage of the best technology we can afford, and using techniques that are geared towards taste rather than brewing speed. It also means creating a vast of range flavours that can reach a broad set of palates.

Since starting in March 2016 our beer has won a bunch of awards. Most notably we took out Best International Pale Ale at the AIBA Awards in 2017, Champion Medium Size Brewery and Best Newcomer (rookie of the year). While it feels nice to be winning the approval of beer judges, we value the word of mouth from one friend to another more than anything else. If somebody loves what we do so much they feel it’s important enough to share with their mates, well, that’s the greatest accolade we could achieve. It's why winning the GABS Hottest 100 Craft Beers two years in a row (2017,2018) is our proudest achievement.

So, if you’re hosting an event we encourage you to think about who’s coming. Invite them in with a warm smile and a chill drop to suit their tastes. If that’s our beer, or someone else's, we’re happy. It’s all about giving the best welcome you can and spreading that joy with others. The joy of the ‘Good Beer Movement’.

Whether it’s from the tap or from our cans, we offer a variety of styles to get your tastebuds singing. Our full time beers go a little something like this...

It might be pale but there’s nothing weak about this bad boy. This XPA’s tropical and floral aromatics set off a fruity palette that will punch your taste buds in the pleasure zone. Tailored for those who enjoy a fully-hopped beer that’s still easy to drink.

Why use a stick of dynamite when a party popper will do the trick? Eazy Hazy brings the colour and spark while keeping things nicely chilled. The succulent US hops deliver lime, passionfruit and hints of coconut around a creamy, rolled-wheat base to balance the zesty bitter finish. Pull the ripcord on one without strain or stress. Your well-contained taste explosion.

Sensible like contributing to your super fund with the pleasure of riding a supercharged jetski. This ale balances refined malt undertones against vivacious hop notes to round out a full taste and mouthfeel that defies its mid-strength nature. Perfect for those who like to keep a lid on it, but still want to crack the top off a couple.

Drinking this IPA is like frolicking naked through a spring forest, then dive bombing off a mandarin-scented waterfall. We’re not even kidding. Its clean hoppy base offers a relentless, yet refined bitterness complemented by pine and citrus aromatics. Here’s cheers to a big refresher after a hard-won day.

If a weather app forecast the outlook on this beer it would say slightly cloudy with a downpour of juicy hops. Its luscious nectar showers your lips with a combination of candied orange, mango and passionfruit, followed with a refreshing breeze of bitterness beneath.

Chill out, sip back and relax with a lazy Hazy.

Crack open the window to a tastebud paradise of blue skies and salty sea breezes, where the word drinkableness exists.

Yes. Say it out loud. Drinkableness.

Our Balter Lager greets you with a casual citrus wave, subtle spicy grin and gentle malt hug. A happy place for your mouth. Full of drinkableness.

There are some high profile people involved with Balter, but Scott Hargrave is the real star. Why? Because he’s the man who makes the beer, and beer is #1 around here.

Scotty was bitten by the brewing bug in March 2006 and started as an avid home brewer. A year later he was awarded “Best First Time Entrant” at the Australian Amateur Brewing Championships. The following year Scott’s hefeweizen won gold as the highest scoring beer in the 2007 ACT Championship and took out the Wheat Beer category at the Australian Amateur Brewing Championships, just nudged out by half a point for Champion Beer of Show.

Inside two years from brewing his first all-grain beer, Scott was offered a commercial brewing gig as brewer at the Sunshine Coast Brewery in Queensland. Within six months he had won the 2009 AIBA Champion Reduced Alcohol Beer, finished second to the world-famous Weinstephaner Brewery with his Sunshine Coast Dunkelweizen, and was a finalist in the Champion Small Brewery category to show for his efforts.

In our short life at Balter, Scotty has picked up a swag of medals for his brews, including 2 CBIA Gold, 1 AIBA Gold and AIBA Best International Pale Ale, along with other silver and bronze medals for our entire range of beers.

You might think that a full trophy cabinet may have gone to Scotty’s head, but nothing could be further from the truth. As a former concreter, he knows that lasting value only comes from hard work. That caring about the product you deliver and the people who love it is what’s really important.

If he’s not in the brewhouse with tunes blazing and nose to the grindstone, you might catch him in our taproom, sampling the latest drop and asking for honest feedback from the beer experts who matter most - people like you.

Balter HQ is a brewery with an open door policy. You can come and tour the facility, taste the beers and enjoy special events, great music, food vans and fun crew.

Inside the spacious warehouse style set up, you’ll find lots of brick, concrete, copper pipes and some art by Frank and Mimi on the wall. Beer tasting happens just meters from the brewing equipment, so if you’re into seeing exactly where your drop comes from, it’s a perfect spot to chill. There’s an alley way to hang out in, areas to chat with mates, and really, really nice toilets. We know, it’s kind of weird to bring toilets up, but if you couldn’t relax in every part of the place, then we wouldn’t invite you in.

You can find us at 14 Traders Way, Currumbin and we are open